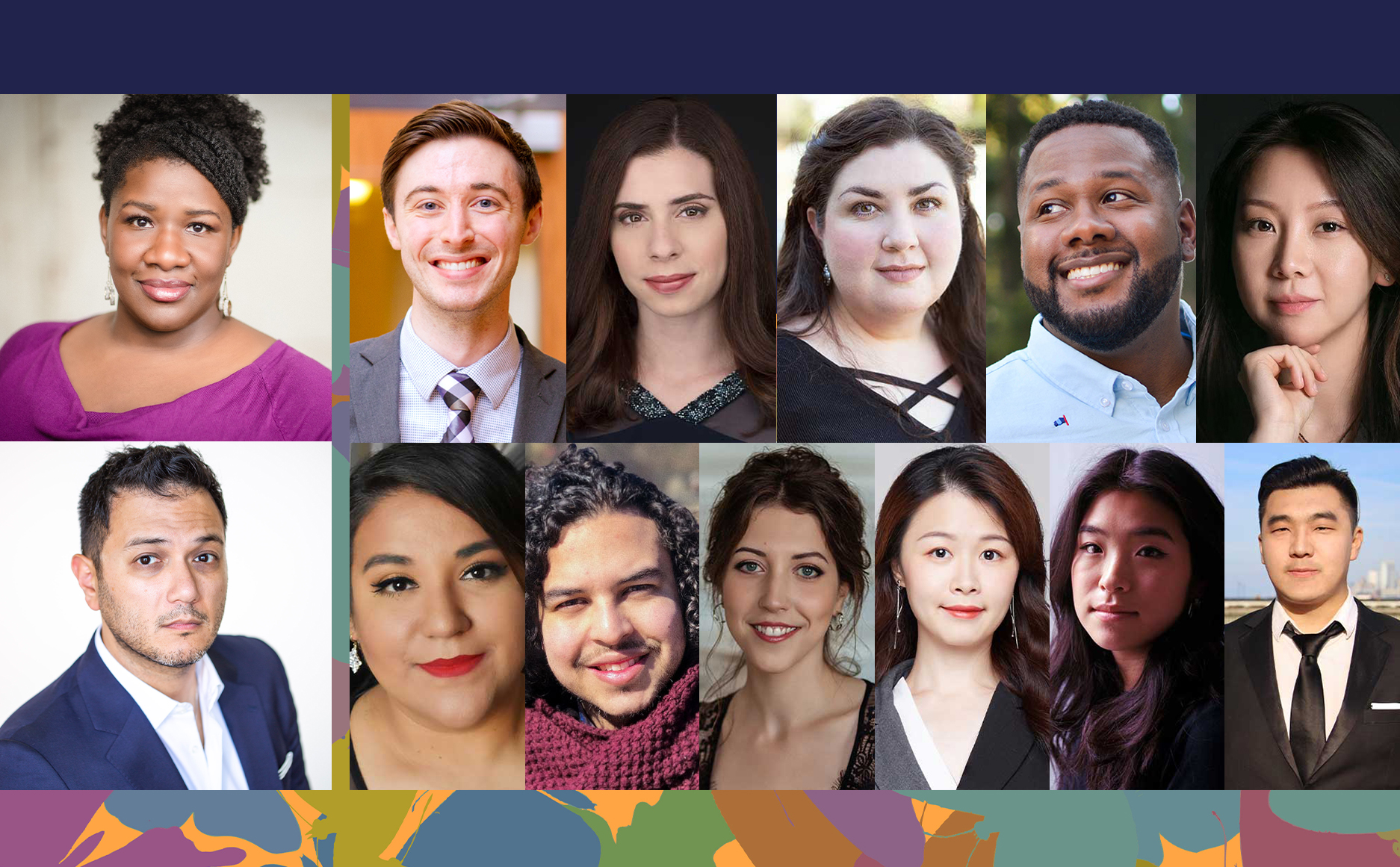 NOW PLAYING: WHAT THE HEART DESIRES

Merola Opera Program presents What the Heart Desires. This recital, part of the 2021 Merola Summer Festival, was originally performed and filmed at the San Francisco Conservatory of Music on July 3, 2021 in front of invited donors and guests in attendance. Make a gift today to support the future of opera.

Celebrating diversity in song, this recital co-curated by mezzo-soprano Ronnita Miller (Merola ‘05) and tenor Nicholas Phan will explore the many things our hearts desire. Featuring compositions by women and people of color, the program will include selections about romantic desire, physical desire, and the longing for home, for rest, for peace, and for a better world performed by select 2021 Merola young artists.

"Her Eyes, Twin Pools"
"Your Lips are Wine"
from Passionale by Henry Thacker Burleigh

FOR HOME / FOR A BELOVED PLACE

"What Can One Woman Do?" from In Eleanor's Words
by Stacy Garrop

After The Revels by Mohammed Fairouz

O Do Not Love Too Long by Viet Cuong

Ronnita Miller (Merola ’05) received her Masters of Music from the Manhattan School of Music and graduate diploma from The Juilliard School before spending two years in the Domingo-Thornton Young Artist Program at Los Angeles Opera. In 2013 she became a principal artist in the ensemble at Deutsche Oper Berlin where she remained until 2020, singing many roles including Mamma Lucia in Cavalleria rusticana, Fenena in Nabucco, Third Lady in Die Zauberflöte, Mary in Der fliegende Holländer, Madelon in Andrea Chenier, Ulrica in Un ballo in maschera, and Fidès in Le prophète. Miller appeared in several roles in Der Ring des Nibelungen, most notably Erda and First Norn, roles she also sang at San Francisco Opera, Teatro Real Madrid, Lyric Opera of Chicago, Semperoper Dresden, and The Metropolitan Opera of New York. Miller sang concert performances of the work at Tanglewood Festival, the Edinburgh International Festival, and in Amsterdam at the Concertgebouw. She has appeared in many concerts worldwide, and has shared the concert stage with Christian Thielemann, Simon Rattle, Andrew Davis, Alexander Vedernikov, Donald Runnicles, Fabio Luisi, and Riccardo Muti, among others. Returning to the U.S. in 2020, Miller joined The Atlanta Symphony Orchestra for a gala concert last fall, and recently appeared as Mrs. Peachum in The Threepenny Opera at The Atlanta Opera. She returns to The Metropolitan Opera next season for the role of Big Stone in Matthew Aucoin’s Eurydice.

Described by The Boston Globe as “one of the the world’s most remarkable singers,” American tenor Nicholas Phan is increasingly recognized as an artist of distinction. An artist with an incredibly diverse repertoire that spans nearly 500 years of music, he performs regularly with the world’s leading orchestras and opera companies. A celebrated recording artist, Phan’s most recent album, Clairières, a recording of songs by Lili and Nadia Boulanger, was nominated for the 2020 Grammy Award for Best Classical Solo Vocal Album. His album, Gods and Monsters, was nominated for the same award in 2017. He remains the first and only singer of Asian descent to be nominated in the history of the category, which has been awarded by the Recording Academy since 1959. Sought after as a curator and programmer, in addition to his works as Artistic Director of the Collaborative Arts Institute of Chicago (CAIC), Phan has created programs for broadcast on WFMT and WQXR, and served as guest curator for projects with the Philadelphia Chamber Music Society, Laguna Beach Music Festival, Apollo’s Fire, and San Francisco Performances, where he served as the vocal artist-in-residence from 2014-2018. His programs often examine themes of identity, highlight unfairly underrepresented voices from history, and strive to underline the relevance of music from all periods to the currents of the present day.

What the Heart Desires Trailer

Merola Opera Program presents What the Heart Desires. Celebrating diversity in song, What the Heart Desires was co-curated by mezzo-soprano Ronnita Miller (Merola ‘05) and tenor Nicholas Phan. It explores the many things our hearts desire and features compositions by women and people of color. The program includes selections about romantic desire, physical desire, and the longing for home, for rest, for peace, and for a better world​​​​​. The recital was performed and filmed live on July 3, 2021 at the San Francisco Conservatory of Music Concert Hall.

WHAT THE HEART DESIRES

In the prelude to his recent book, Wagnerism, author and music critic Alex Ross describes a scene in which the white, cis-gendered, heterosexual man who is perhaps the most influential composer in the history of opera, Richard Wagner, plays music on the piano at his palazzo in Venice the night before he dies. He plays the music of the Rheinmaidens from his revolutionary cycle of four operas, The Ring of the Nibelung. After he finishes playing, Ross quotes the composer:

❝ I am quite fond of them, these subordinate beings of the deep, with their yearning. ❞

Over the past year, as the United States has experienced its most recent reckoning with its racial history and the rifts that history continues to cause in our current society, we are called to right the wrongs of inequity in all industries, including our own operatic one. As singers of color, it has been heartening to see other people’s eyes open to the inequities we have always observed and experienced over the course of our careers. It has been moving to hear the cries for increased representation on our stages. It has also been exhilarating to witness a fresh discussion about the myths of canon and meritocracy, and the dynamics of privilege within our art form. Most notably, it has been thrilling to see the growing interest in composers who have been unfairly overlooked because of the historic hegemony of the white patriarchy in classical music.

Music is often loftily described as “being or everyone” and a "universal language”, but the long list of white, mostly European, mostly straight men that make up the canon of “great” composers paints an exclusive and exclusionary picture of our medium. Nonetheless, those of us from unrepresented backgrounds were drawn to music precisely because it was a safe space where we found acceptance and community as young people, so there must be some truth to these maxims.

Some assume that music which has been lost to history has been lost for a reason, yet many pieces that are now considered central to the operatic musical canon are works that were deemed complete failures at the time of their premieres. Wagner’s opera, Tannhäuser, required significant revision after its premiere in Dresden and had a disastrous reception at the premiere of its Paris version. Yet, both the public and the industry continued to give Wagner and his opera more chances, a privilege denied to non-white and non-male composers. An effect of the last year of reckoning has been to demand that we look at the music of composers from historically marginalized groups with a fresh lens, giving it more chances to be heard, performed, and assessed in its own right.

Today’s program is a modest contribution to this larger, much-needed movement within our art form. No longer considered “subordinate”, women and composers of color are raised from the deep and brought up to an equitable platform so that our stories can be heard. Song, which uniquely combines the universal language of music with the concrete language of written text, carries with it an infinite potential to communicate the varied stories of human experience, as well as increase empathy by encouraging listeners and performers alike to be attuned to the humanity of those around us. In our increasingly fractured world, it is our hope that as we give a platform to those voices that have been stifled by being held in the deep, in hearing the yearnings of those who seem poles apart from us, it will become apparent that our desires are not so different, after all. 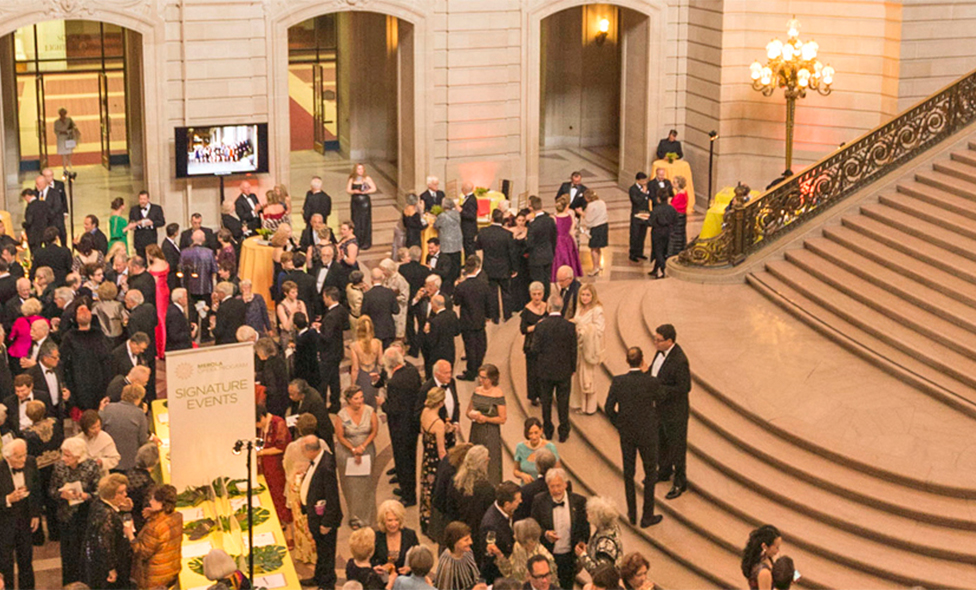 More information about our upcoming events