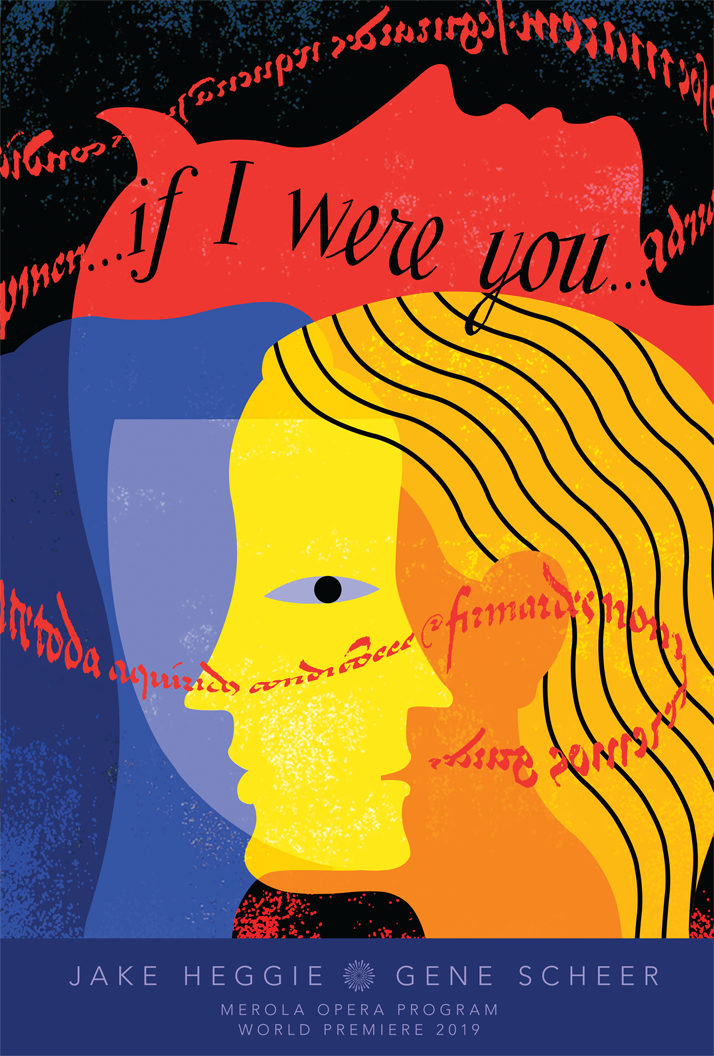 SAN FRANCISCO, CA — If I Were You, by distinguished American composer Jake Heggie and noted librettist Gene Scheer, will be the first-ever commissioned work in the Merola Opera Program’s 62-year history. Loosely based on the novel Si j’étais vous by the French-American writer Julien Green, If I Were You is a contemporary story of identity with echoes of classical literature, from Faust to Jekyll and Hyde. The lead character is Fabian Hart, an aspiring writer who yearns for adventure and a way out of his stifling existence. Brittomara, a shape-shifting devil, appears to him in many guises, finally offering Fabian a supernatural power that will allow the writer to transfer his soul into other people’s bodies, taking up the day-today existence of each host, while their displaced souls languish in a shadowy netherworld. Thus begins the journey of If I Were You as Fabian moves his increasingly lost soul from person to person in search of a better identity, leaving a trail of human wreckage and hollow shells. It will be conducted by Nicole Paiement, Founder and Artistic Director of Opera Parallèle, and directed by Keturah Stickann, known for bringing to stage new productions of Orphée, Rigoletto, and La rondine, among many others. If I Were You will be presented August 1-6 at the Herbst Theatre with two alternating casts.